Dear internet:  I need your help on a research project.

UPDATE DECEMBER 2016: It turns out that a Hungarian art auction house sold a copy of the 1934-5 catalog back in 2012, but I can’t trace that item any further, as they don’t release names of sellers or buyers.  But at least I know that ONE copy exists somewhere in the world!

I’m looking for a copy or scan of the 1933 Nichibei Shoten export catalog; Nichibei Shoten sold a variety of bicycle brands made in Japan, and was (in the 1930s) attempting to break into new markets, with the help of Mitsubishi Shoji Kaisha (the “Mitsubishi Trading Company,” an ancestor of what we know today as Mitsubishi).  Eventually, Nichibei Shoten’s most famous brand name would be “Fuji,” although in 1933 that was just one among many brand names, referring mostly to their higher-quality bikes meant for export.

Nichibei Shoten’s posters from the 1930s show their intentions to export the Fuji bicycles to the world; some of these posters were collected in a single volume, now held in the National Diet Library in Japan:

I particularly like the graphic design of this poster, clearly showing a Fuji bicycle pointed from Japan towards Korea, China, and the rest of the Asian market: 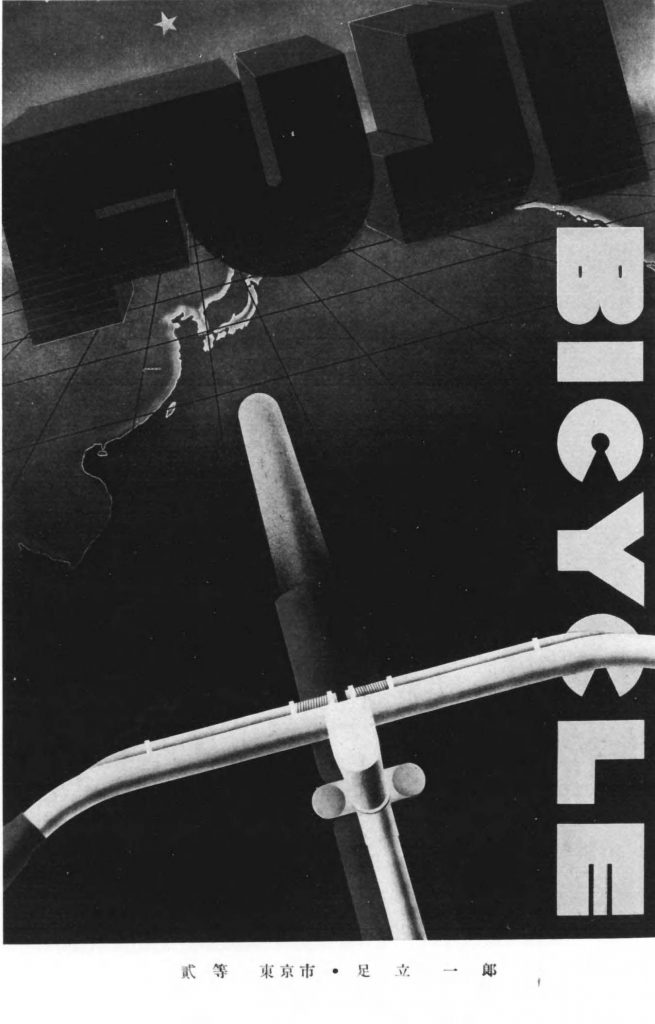 Through the records of the National Archives in the United States, I have much of the correspondence of the Mitsubishi Shoji Kaisha branches in San Francisco and Seattle, referring to these catalogs that have been sent around the world in an attempt to drum up business that year.  MSK was acting as a middleman, attempting to foster new bicycle export markets in the early 1930s. I’ve got a lot of this internal correspondence referencing these 1933 catalogs, sent to MSK branch offices in 1933 and 1934 — but since I don’t have the Nichibei Shoten catalogs themselves, I can’t really understand what this correspondence is referring to when they name a specific model or page number.  So it would really help me decode the meaning of these memos if I could get the catalogs that they’re referencing.

I’ve exhausted most of the traditional archival searches — I’ve been through the online catalog of the Japanese National Diet Library, for example, and through most of the online archival catalogs in the US (like WorldCat and other catalogs of scholarly archives).  I’ve also contacted some of the folks behind the Classic Fuji website, and the company that handles the Fuji brand in the US today.  I have also written to some of my fellow historians, and to some research institutions in Japan.  But, to date, I’ve had no success.

So, dear internet, I turn to you.  Do you know any collectors who might have a copy of this 1933 catalog?  Have you seen one on eBay? Is there one in your garage?  Any Fuji-obsessives in your contacts?  I would love to hear from you; email bikebattlesbook@gmail.com; Facebook or Twitter